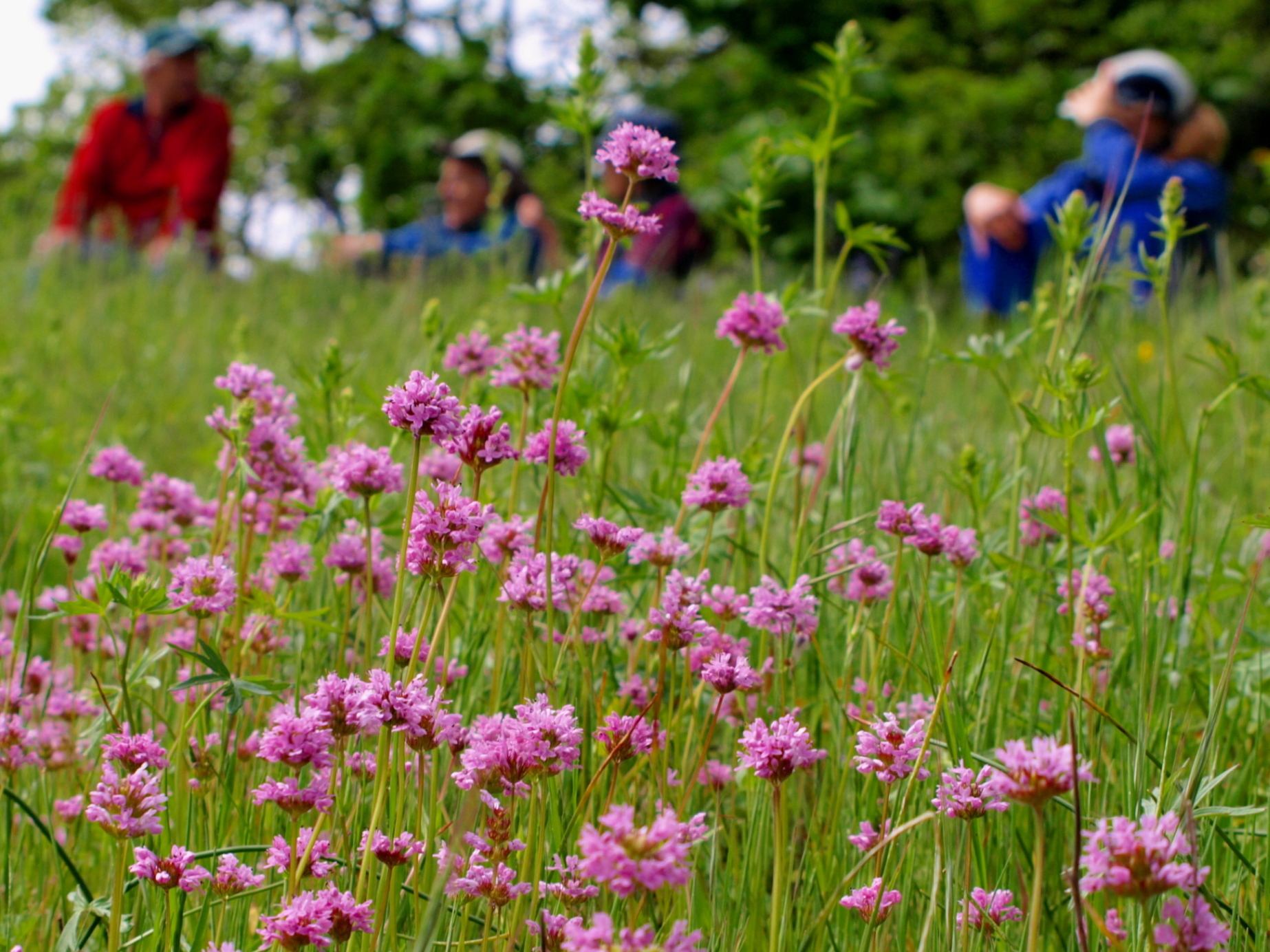 A variety of trees and shrubs grow along the Willamette River, and native wildflowers sometimes dot lonely gravel bars or grassy benches. The defining tree along the river is the black cottonwood, which frequently lines the shore. Oregon ash also is widespread, as are Pacific willow and red osier dogwood. Pacific willow, scoulers willow, and other willow species are are common sights on gravel beach areas, and on gravel bars and islands. Many other plant species are found along the floodplain including Ninebark, Nootka Rose, Douglas Spirea,

Of course, what often is growing along the riprapped banks of the river is Himalayan blackberry, an invasive species that can choke out native plants. Other terrestrial invasive species can be found on both private and public lands as well, and represent an ongoing need for removal. An emerging threat in the river system has been the presence of Aquatic Invasive Weeds such as Ludwigia (image) which outcompetes native vegetation and robs the water of oxygen, harming aquatic life. Willamette Riverkeeper and its partners are tracking Aquatic Weeds throughout the Willamette, and removing them where possible. Restoration is a large part of what we do. To learn more visit https://willamette-riverkeeper.org/restoration

Along the Willamette you can witness a variety of wildlife. Common birds include Osprey, Bald Eagle, Belted Kingfisher, Turkey Vulture, Spotted Sandpiper, Wood  Duck, Merganser, and more. During the Spring and Summer you can also witness an array of migratory songbirds including Goldfinches, Common yellowthroat, Wilson’s Warblers, Townshend’s Warblers, Swainson’s Thrush, Black Headed Grosbeaks and more. Year-round resident birds such as Spotted Towhee, Juncos, Song Sparrow, Bewick’s Wren, Stellar’s Jay, Scrub Jays and more are common along the Greenway as well. In addition to birds, it is common to see a variety of native fish such as Spring Chinook jumping here and there as they migrate upstream, or in the Summer months trout whisking over gravel bars just under the surface. You can also witness introduced species like Smallmouth Bass.

Common mammals include Black-tailed Deer, Beaver, River Otter, Mink, Coyote, and introduced species such as Nutria. Bobcat and Cougar are also sometimes present, though relatively rare along the river corridor.

You will also find fresh water mussels in the areas along the Upper and Mid-river.

You can find out more about which cookies we are using or switch them off in settings.

The Willamette Water Trail website uses cookies so that we can provide you with the best user experience possible. Cookie information is stored in your browser and performs functions such as recognizing you when you return to our website and customizing content (such as not showing you a sign-up form when you have already signed up).

Strictly Necessary Cookie should be enabled at all times so that we can save your preferences for cookie settings.

If you disable this cookie, we will not be able to save your preferences. This means that every time you visit this website you will need to enable or disable cookies again.